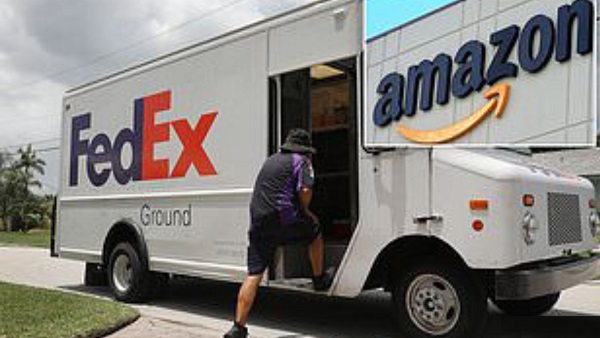 After restricting its third-party sellers from using FedEx's shipping services during the busiest time of the year, Amazon announced earlier this week that the ban has been lifted. The reversal is the latest move in a series of tit-for-tat actions that the two companies have taken against each other for months now.

Amazon first imposed a ban on FedEx Ground and Home services last month, citing FedEx’s “delivery performance” and its concern for quality control with regards to package delivery during the high-volume holiday season. There was concern at the time from some small business owners that the ban would disproportionately affect more cost-conscious sellers who relied on FedEx’s cheaper options for Prime, as the Prime label greatly improves product visibility and placement in Amazon search results and on category landing pages.

Amazon said the ban would be temporary, but it was also demanding that either the sellers switch to UPS or another provided shipping option to qualify for Prime or pay out of pocket for FedEx Express. Alternatively, sellers could remove Prime labels from their products and offer FedEx Ground or Home as an optional paid shipping option. Amazon now relies on a mix of UPS and its own Flex delivery platform that is modeled like Uber as well as a series of third-party contractors. Although, until the initial FedEx ban, Amazon allowed its Marketplace sellers to use FedEx services.

In recent years, Amazon Storefronts initiative has managed in the past to sell "more than 250 million products to more than 70 million unique customers" in a year. This demographic of independent third-party sellers is also incredibly important to Amazon because they sell more than 4,000 items a minute, with the total sales accounting for 58% of all physical gross merchandise sold. Independent sellers are so crucial to Amazon's success that they have made sweeping changes to its platforms to not only protect third-party sellers but also regulate them against bad practices.

Amazon has spent billions of dollars over the last decade to build out its delivery infrastructure as a way to reduce costs it incurs by relying on third-party companies. In its last quarter, Amazon spent $9.6 billion on fulfillment, in part to support one-day Prime shipping. The company is now approaching the total package volume of both FedEx and UPS in the US and is on pace to surpass both.

As a result of Amazon's actions against FedEx, among other things, some vendors have complained that the retailer is forcing them to use its in-house shipping service instead of a different option. The problem has gotten so bad that at least one vendor has filed an official antitrust complaint to Congress about Amazon's practices.

In the complaint, the vendor alleged that "merchants using Amazon logistics services aren't penalized when customer orders arrive late, even though they frequently do since that's Amazon's responsibility. Those who handle their logistics face stiff penalties for even minor delivery mishaps, including being suspended from selling on the platform."