Ecommerce and the Ever Changing Tax Landscape 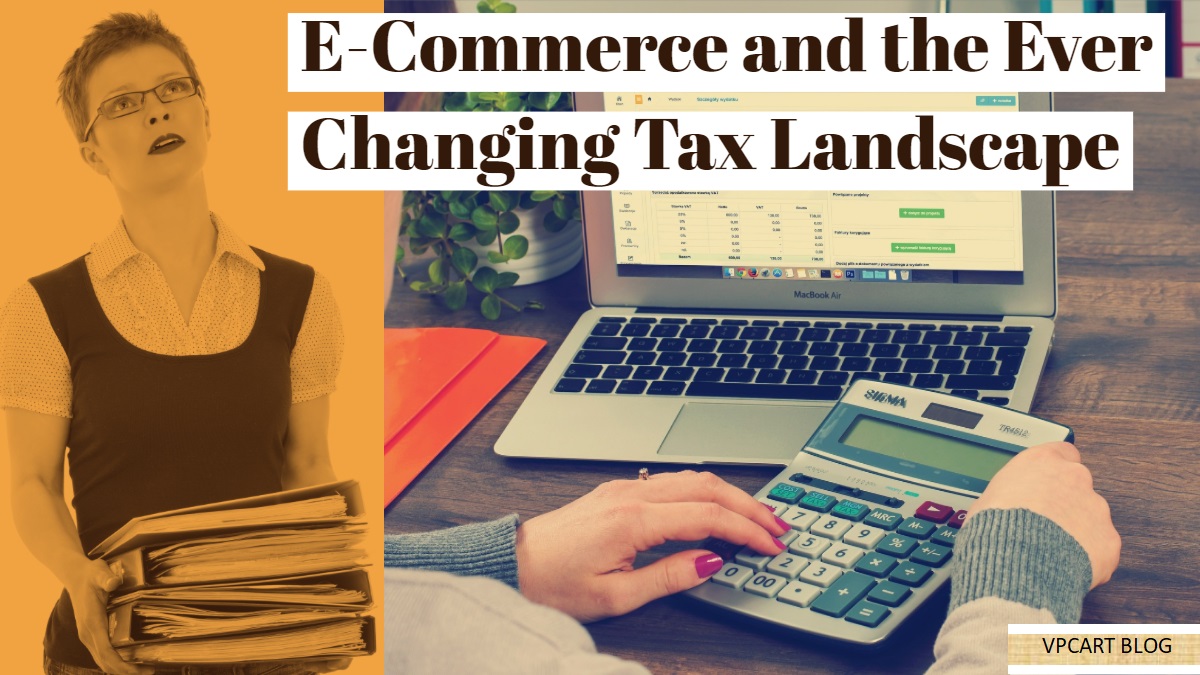 In 1967, the decision in National Bellas Hess, Inc. v. Department of Revenue, the Court has held that, under the “dormant” or “negative” implication of the Commerce Clause, The dormant or negative commerce clause is a judicial derivation from the Commerce Clause states may not compel remote sellers with no physical presence in the state to collect and remit sales taxes

In Quill Corp. v. North Dakota, (1992). The Court refused to overrule the “bright-line, physical-presence requirement” of Bellas Hess, leaning heavily on stare decisis. So the physical presence test remained the law of the land while the internet conquered the earth. Justice Kennedy had joined the Quill majority and Justice Scalia’s concurring opinion emphasizing stare decisis, but by 2015 he had second thoughts. Writing separately in Direct Marketing Ass’n v. Brohl, Justice Kennedy acknowledged that “the Internet has caused far-reaching systemic and structural changes in the economy” and therefore “Quill now harms States to a degree far greater than could have been anticipated earlier.” He concluded with the wish that “the legal system should find an appropriate case for this Court to reexamine Quill and Bellas Hess.”

On June 21, 2018, The Supreme Court ruled in favor of South Dakota, granting the state authority to impose sales tax obligations on out-of-state transactions without requiring a physical presence in the state.

Since the ruling, several states have responded by implementing legislation to adopt economic nexus provisions thereby requiring remote sellers to collect sales tax without having a physical presence in the state.

Given that this decision represents a major departure from the existing sales tax nexus precedent, retailers may have questions about how Wayfair will affect their business. The decision specifically applies to South Dakotas S.B. 106, a law enacted in 2016 that requires remote retailers that transact $100,000 in sales or 200 separate transactions in South Dakota to collect and remit sales tax to the state. The decision also enables states with economic nexus laws already on the books to enforce collection by remote retailers and has prompted other states to adopt such laws.

The South Dakota decision represents a significant victory for brick-and-mortar retailers which advocated that states level the playing field by requiring remote retailers with significant sales into a state collect and remit sales tax. The first state to pass an e-fairness law was New York State, in 2008, which required out-of-state retailers doing more than $10,000 per year in affiliate sales to collect and remit sales tax.

So what has really changed?

As a result of the Supreme Court ruling on June 21, South Dakota can require internet retailers to collect sales tax on purchases by South Dakota buyers, even if the retailer lacks a physical presence in the state. This precedent establishes a framework for other states to enact or alter laws concerning taxing internet sales. (In fact, 31 states currently have laws that tax internet sales.)

The Government Accountability Office estimates that this decision could generate an incremental $13 billion in state and local tax revenue.

What does this imply for e-Commerce owners?

The decision has broad impacts on states, e-commerce sellers, digital service providers, consumers, and buyers and sellers of businesses. Companies must understand how their products and services are taxed in all the states in which they are sold and create a system that tracks this activity. Now maybe the time to consider indirect tax automation software to help ensure compliance with state and local laws, and to more efficiently report and remit taxes.

What is the way forward?

As state and federal legislatures begin to enact economic nexus laws like that of South Dakota, Now may be the time for online business owners to consider an indirect tax automation platforms to help ensure compliance with state and local laws, and to more efficiently report and remit taxes.

Given these upcoming challenges, VPCART is partnering with sales tax experts that are well versed and equipped to help you (Our Customers) navigate the ever-changing tax landscape.

Through our integration with these tax experts (Avalara TaxCloud, TaxJar, and others), store owners on VPCART can easily integrate their stores with can automatically calculate appropriate sales tax to comply with local, state and federal laws in the U.S. and Canada.

To get started, reach out to our helpdesk team now.