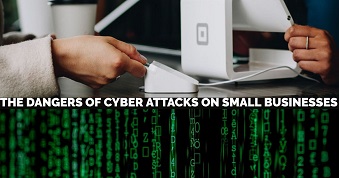 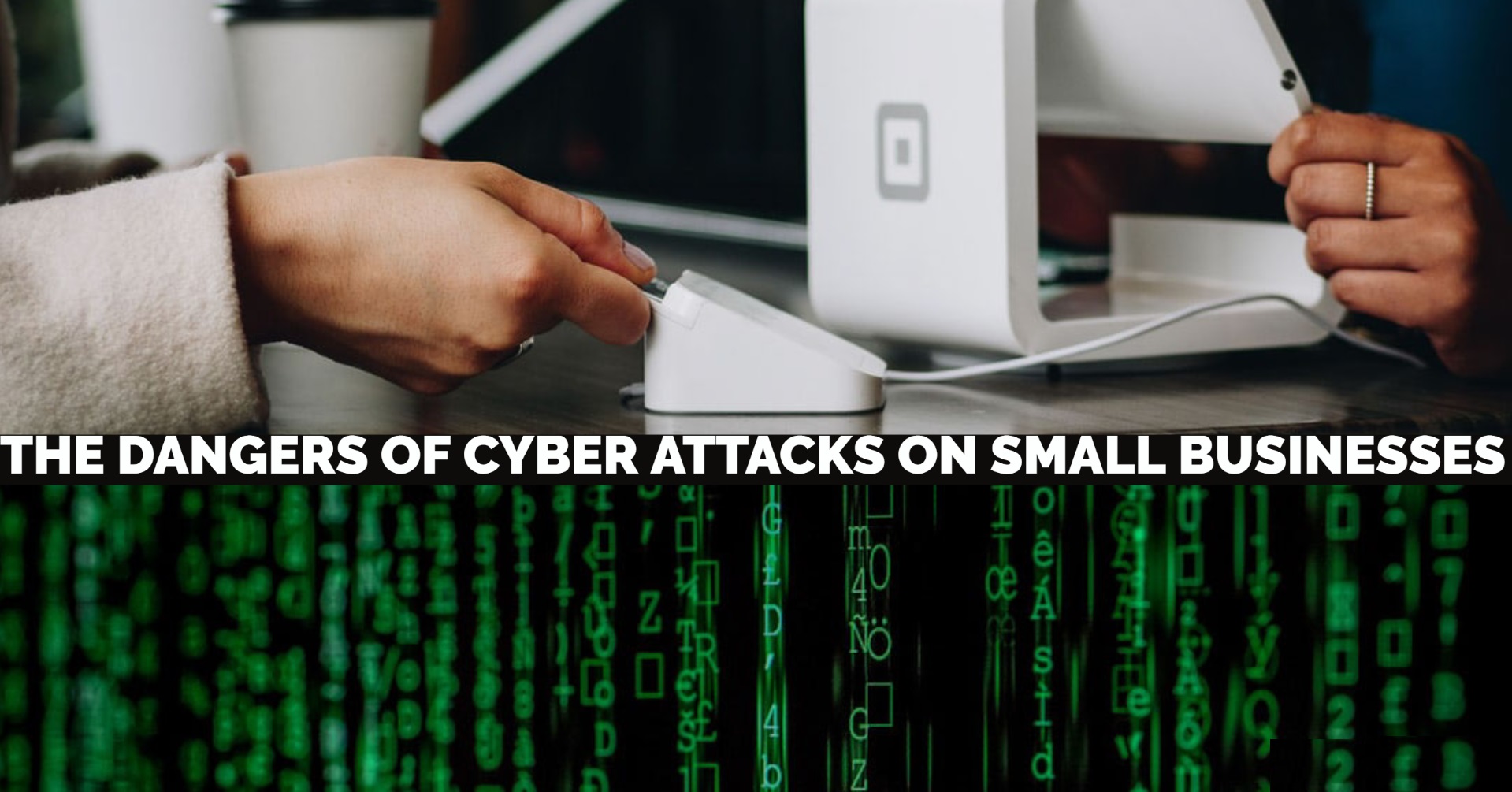 Each second, more than 77 terabytes of internet traffic takes place online. As such, the internet has become a digital Silk Road that facilitates nearly every facet of modern life. And just as ancient merchants were sometimes beset by bandits on the actual Silk Road, today's entrepreneurs can easily find themselves under attack from cyber malcontents working to derail companies through theft and disruption.

With that information, it may interest you to know that each year, thousands of small companies are victims of phishing, malware, hacking, and other types of cyberattacks but because of the little publicity given to the attacks by the news media, small businesses tend to have a false sense of security. Yet, small businesses are generally more vulnerable than large ones because they have fewer resources to devote to Security.

Though most major headlines have spotlighted crippling cyberattacks against major corporations. While each corporate cyberattack resulted in millions of dollars in damages, most stories fail to mention the many data breaches that affect much softer targets: small businesses. According to Verizon's 2019 Data Breach Investigations Report, 43% of breaches affected Small-Medium Businesses.

Why cyberhackers go after small businesses?

When it comes to starting a small business, new owners have many decisions to make and often leave out the cybersecurity measures for later. Unless they focus on shoring up their defenses, they may inadvertently end up leaving points of entry wide open for hackers. That can be a major problem. A report by the U.S. National Cyber Security Alliance estimated that 60% of all Small-Medium Businesses fail within six months of a cyberattack.

According to Towergate Insurance, Most Small-Medium Businesses often underestimate their risk level, with 82% of Small-Medium Business owners saying they are not targets for attacks. They believe that researchers said because they feel they "don't have anything worth stealing."

Stephen Cobb, a senior security researcher at antivirus software company ESET, said that most Small-Medium Businesses fall into hackers' cybersecurity sweet spot since they "have more digital assets to target than an individual consumer has but less security than a larger enterprise."

Types of attacks to look out for

Regardless of their target, hackers generally aim to gain access to a company's sensitive data, such as consumers' credit card information. With enough identifying information, attackers can then exploit an individual's identity in any number of damaging ways.

One of the best ways to prepare for an attack is to understand the different methods hackers generally use to gain access to that information. While this is by no means an exhaustive list of potential threats, since cybercrime is a constantly evolving phenomenon, business owners should at least be aware of the following types of attacks.

APT: “Advanced persistent threats”, or APTs, are long-term targeted attacks in which hackers break into a network in multiple phases to avoid detection. Once an attacker gains access to the target network, they work to remain undetected while establishing their foothold on the system. If a breach is detected and repaired, the attackers have already secured other routes into the system so they can continue to plunder data.

DDoS: An acronym for “distributed denial of service”, DDoS attacks occur when a server is intentionally overloaded with requests until it shuts down the target's website or network system.

Inside attack: This is when someone with administrative privileges, usually from within the organization, purposely misuses his or her credentials to gain access to confidential company information. Former employees, in particular, present a threat if they left the company on bad terms. Your business should have a protocol in place to revoke all access to company data immediately when an employee is on longer at your employ.

Malware: This umbrella term is short for "malicious software" and covers any program introduced into the target's computer with the intent to cause damage or gain unauthorized access. Types of malware include viruses, worms, Trojans, ransomware, and spyware. Knowing this is important because it helps you determine what type of cybersecurity software you need.

Man in the middle (MitM) attack: In any normal transaction, two parties exchange goods – or in the case of e-commerce, digital information – with each other. Knowing this, hackers who use the man in the middle method of intrusion do so by installing malware that interrupts the flow of information to steal important data. This is generally done when one or more parties conduct the transaction through an unsecured public Wi-Fi network, where attackers have installed malware that helps sift through data.

Password attack: There are three main types of password attacks: “a brute-force attack”, which involves guessing at passwords until the hacker gets in; “a dictionary attack”, which uses a program to try different combinations of dictionary words; and “keylogging”, which tracks a user's keystrokes, including login IDs and passwords.

Phishing: Perhaps the most commonly deployed form of cyber-theft, phishing attacks involve collecting sensitive information like login credentials and credit card information through a legitimate-looking (but ultimately fraudulent) website, often sent to unsuspecting individuals in an email. Spear phishing, an advanced form of this type of attack, requires in-depth knowledge of specific individuals and social engineering to gain their trust and infiltrate the network.

Ransomware: A ransomware attack infects your machine with malware and, as the name suggests, demands a ransom. Typically, ransomware either locks you out of your computer or demands money in exchange for access, or it threatens to publish private information if you do not pay a specified amount. Ransomware is one of the fastest-growing types of security breaches.

SQL injection attack: For more than four decades, web developers have been using a structured query language (SQL) as one of the main coding languages on the internet. While a standardized language has greatly benefited the internet's development, it can also be an easy way for malicious code to make its way onto your business's website. Through a successful SQL injection attack on your servers, sensitive information can let bad actors access and modify important databases, download files, and even manipulate devices on the network.

Zero-day attack: These attacks can be a developer's worst nightmare. They are unknown flaws and exploits in software and systems discovered by attackers before the developers and security staff become aware of any threats. These exploits can go undiscovered for months, or even years until they are discovered and repaired.

Loss or Damage to Electronic Data. An attack can damage electronic data stored on your computers. For example, a virus renders your sales records useless. Recreating them is a time-consuming process that involves sifting through old invoices.

Loss of Income. You may suffer a loss of income. For instance, a denial of service attack forces you to shut down your business for two days. The two-day closure causes you to lose both income and customers.

Network Security and Privacy Lawsuits. If a cyber thief steals data from your computer system and the data belongs to another party(such as a customer), that party may sue your firm. For example, a hacker steals information about a customer's upcoming merger. The merger falls through due to data theft. The customer sues you for failure to protect its data, alleging that your negligence caused the company to incur a financial loss.

Extortion Losses. A hacker steals sensitive data (yours or someone else's) and then threatens to post it on the Internet unless you pay him a $50,000 ransom. Alternatively, you accidentally download ransomware that encrypts your data, rendering it unusable. The perpetrator demands a ransom payment in exchange for an electronic key that allows you to "unlock" the encrypted files.

Notification Costs. Most states have passed laws requiring you to notify anyone whose data was breached while in your possession. You may also be required to tell the victims what steps you are taking to remedy the situation.

Damage to Your Reputation. A cyberattack can seriously damage your company’s reputation. Potential customers may avoid doing business with you, believing you are careless, your internal controls are weak, or that an association with you will damage their reputation.

How to secure your networks

Just as more companies continue to grow their businesses online, so, too, will the need for robust cybersecurity measures. According to Cybersecurity Ventures' 2019 Cybersecurity Market Report, worldwide spending on such products will increase from $3.5 billion in 2004 to an estimated $170.4 billion in 2022.

Get SSL Certified: Ideally, every site needs to have SSL by default. Generally, SSL certificates are used to protect data transfer, credit card transactions, and login information. SSL Certificates are records of data that digitally bind a cryptographic key to an organization’s details. When deployed on a server, SSL activates the padlock and HTTPS protocol and activates secure connections from a web server to a browser.

Become PCI Compliant: PCI Compliance stands for Payment Card Industry Data Security Standard (PCI DSS). The PCI DSS is a security standard for organizations that handle branded credit cards from the major card schemes. PCI compliance can be intimidating and complicated for e-commerce business owners to decipher and implement, but they’re a set of precautions designed to minimize your risk and protect your customers.

Is YOUR STORE PCI COMPLIANT?

the Right eCommerce Platform: With sleuths of eCommerce platforms being available at throwaway prices, selecting the appropriate platform becomes a daunting task, considering that switching is not an appropriate option. Hence, It is vital, especially for small businesses to an eCommerce platform based on Object-Oriented Programming and includes built-in security protocols. 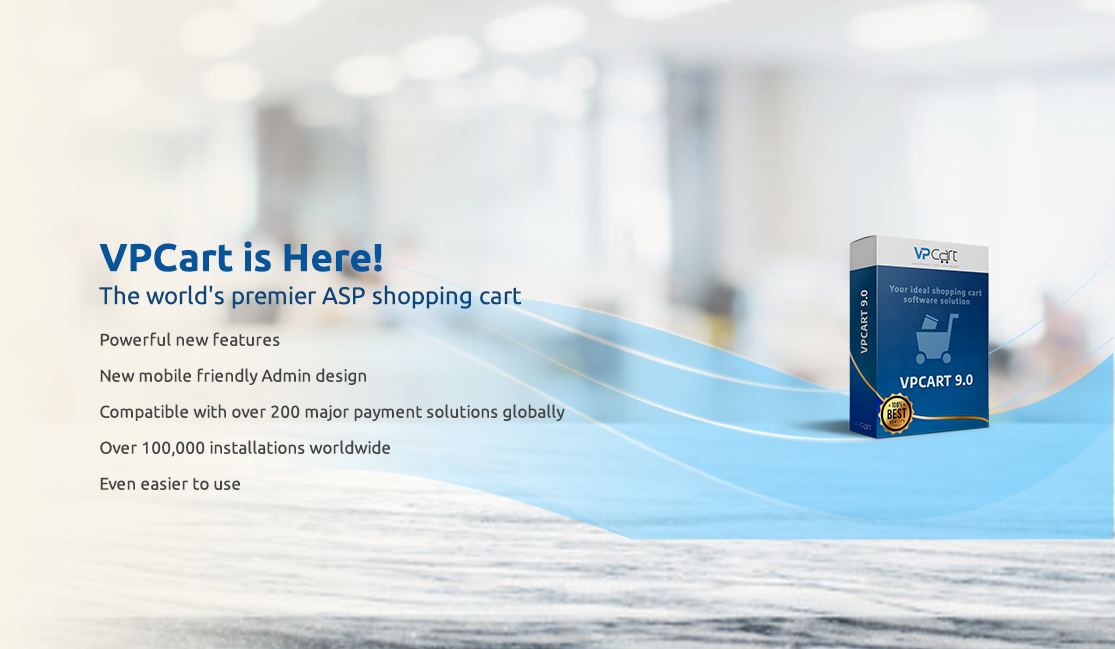 Implement formal security policies: Putting in place and enforcing security policies is essential to locking down your system. Protecting the network should be on everyone's mind since everyone who uses it can be a potential endpoint for attackers. Regularly hold meetings and seminars on the best cybersecurity practices, such as using strong passwords, identifying and reporting suspicious emails, activating two-factor authentication, and clicking links or downloading attachments.

Practice your incident response plan: Despite your best efforts, there may come a time when your company falls prey to a cyberattack. If that day comes, your staff must be able to handle the fallout that comes from it. By drawing up a response plan, attacks can be quickly identified and quelled before doing too much damage.

Now, with a global pandemic raging on, more people are conducting their businesses with online stores as a result of the preventive rule of social distancing. This is why it is extremely important, now more than ever to safeguard customer’s data to maintain the dwindling trust with eCommerce-based companies.

Whether you are just starting out, or have a small business in a place or a major enterprise, doesn’t matter. You must make sure you put stringent security measures in place to protect your company from threats or risk jeopardizing revenue and customer trust.